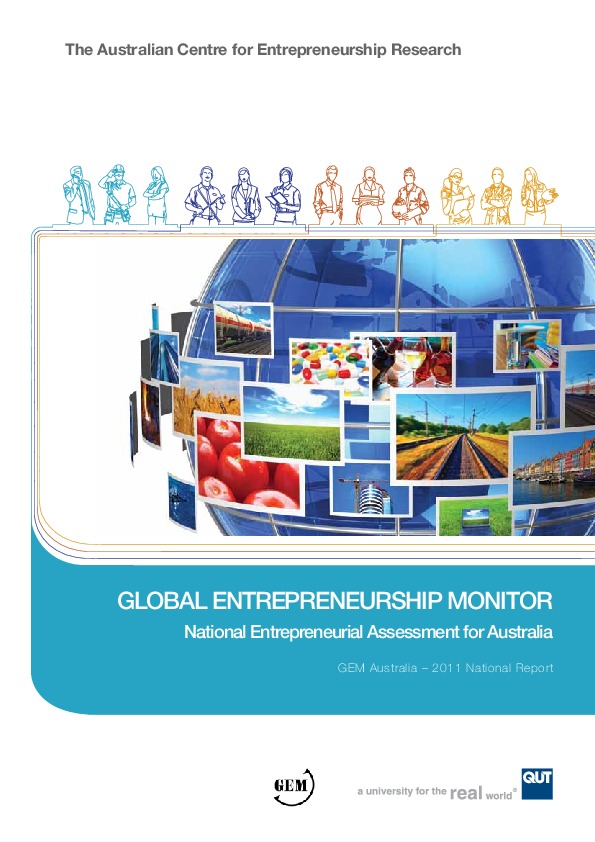 This report maps the current state of entrepreneurship in Australia using data from the Global Entrepreneurship Monitor (GEM) for the year 2011. The central finding of this report is that entrepreneurship is certainly alive and well in Australia. With 10.5 per cent of the adult population involved in setting up a new business or owning a newly founded business as measured by the total entrepreneurial activity rate (TEA) in 2011, Australia ranks second only to the United States among the innovation-driven (developed) economies. Compared with 2010 the TEA rate has increased by 2.7 percentage points. Furthermore, in regard to employee entrepreneurial activity (EEA) rate in established firms, Australia ranks above average. According to GEM data, 5 per cent of the adult population is engaged in developing or launching new products, a new business unit or subsidiary for their employer.