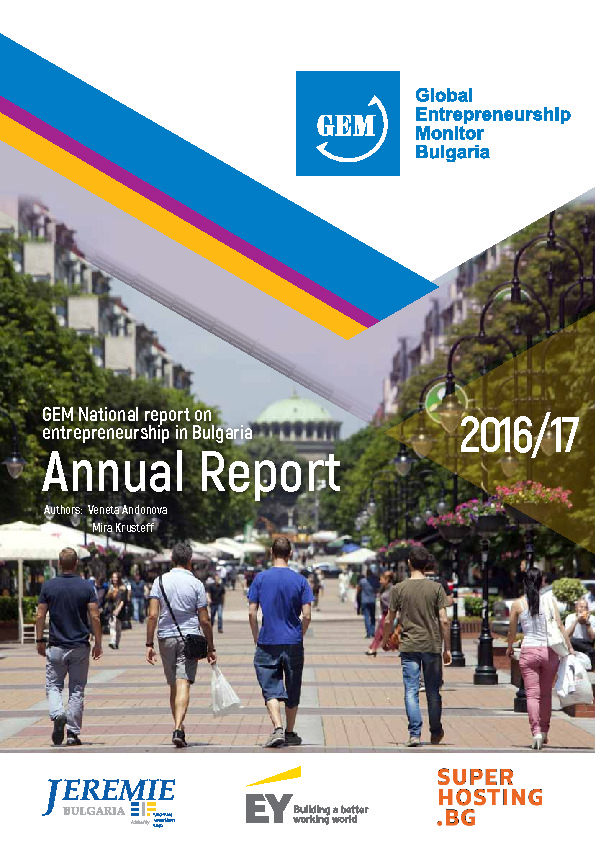 In this second annual report of GEM, Bulgaria experts extend a number of new recommendations for policy and practice to complement the list compiled in 2015, which remained largely unfulfilled. Also, we make a special call to two constituencies that appear to be particularly critical for the rise and consolidation of young entrepreneurial ecosystems: media and acting entrepreneurs and managers. ¬ Media are essential for the rise of entrepreneurial intentions because they facilitate exposure to role models and create the verbalisation and the symbols associated with entrepreneurial behaviour. These powerful levers have the potential to alter the notions of hope and faith in society as both of them are symbolic and verbally constructed and as a consequence change the aspirations, confidence and sense of worth and purpose of members of society. In this role, media share an enormous responsibility, which they have not fully accepted and certainly have not lived up to. ¬ The level of business sophistication of Bulgarian companies is low and the associated managerial and leadership practices, in particular, those related to responsibility delegation and inter-firm entrepreneurial initiatives are not sophisticated either. The time has come to openly acknowledge that acting business leaders and entrepreneurs are as responsible for the competitiveness of the national economy as the government policies and their enforcement. Policies and regulations shape the context for business, but it is the labour productivity of the workers and the business sophistication of the firm leaders that determine the ultimate driver of competitiveness in any economic system—firm productivity. It is unlikely to see a huge surge in the scale and quality of entrepreneurship in the observable future unless there is a general improvement in the managerial and leadership practices of those currently in charge.