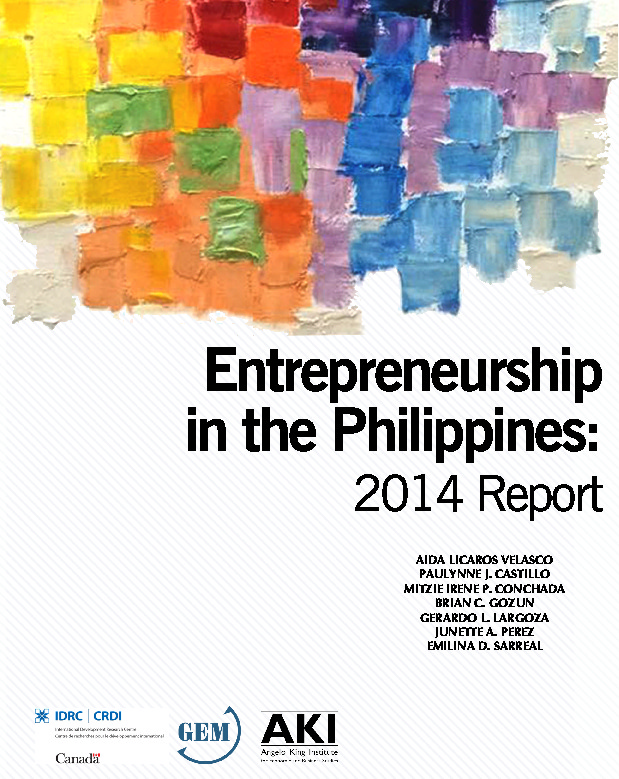 Entrepreneurship in the Philippines: 2014 Report considered more closely the prospects of micro and youth entrepreneurship in alleviating poverty and unemployment within the country. In the last few years, research particularly by Banerjee and Duflo at MIT’s Poverty Action Lab has suggested that some of the optimism about entrepreneurship as a bridge out of poverty in developing countries has been misplaced, and that entrepreneurial success is harder to come by than frequently believed. We find broad support for these ideas from the 2014 Philippine survey, and use this as an opportunity to rethink entrepreneurship strategy and policies in the country.