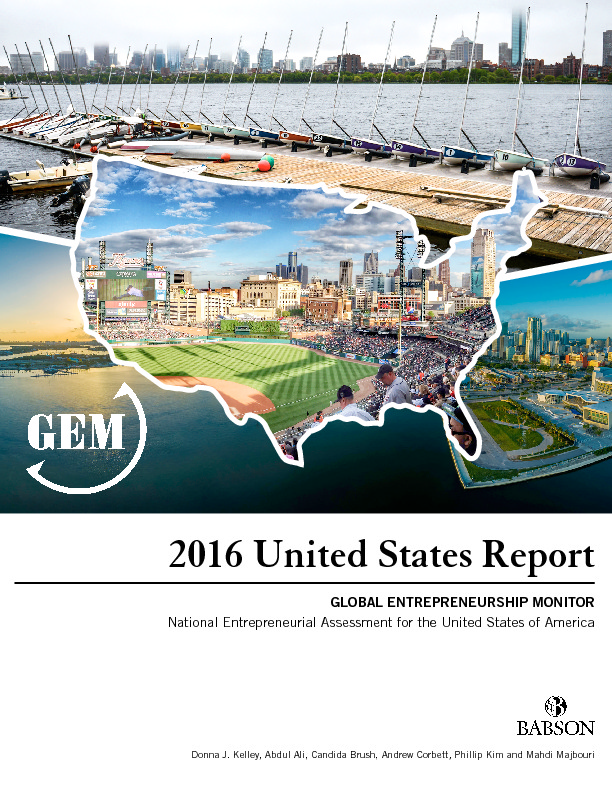 Fifty-seven percent of Americans see good opportunities around them for starting a business. U.S. entrepreneurs are also driven most by opportunity (88%). U.S. entrepreneurs are twice as likely to compete in the finance sector compared to the average innovation-driven economy. While the 26 other innovation-driven economies demonstrate their highest total entrepreneurial activity (TEA) among 25-34 year-olds, the U.S. actually peaks in the next oldest age group, among the 35-44 year-olds. More women entered entrepreneurship last year than the year before, while this level has remained the same for men.